What Is Uganda’s Employment Challenge?

What Is Uganda’s Employment Challenge?

This post is the second of a 3-part series on Uganda’s employment challenge.

Everybody agrees that something urgently needs to be done about Uganda’s employment situation. It is time to take the bull by the horns, but first we need to find the bull. The previous post lamented about the current public discourse, in which a deafening chorus of reports and articles regurgitates egregiously erroneous figures: how can the public consensus on Uganda’s youth unemployment rate be 83% when the only rigorously collected data suggest 13%? How do we begin to solve this crisis when we can’t even properly describe it? We need a better way of characterizing Uganda’s employment challenge.

Labour market statistics are our best tool for doing that. But, if you aren’t a statistician, they can read like a confounding tangle of overlapping categories and meaningless percentages. And worse, even if properly understood, the available official labour market statistics say little about the biggest issues affecting labour in Uganda: underemployment, vulnerable employment, and agricultural stagnation. More on that below.

First, let’s work with what we have, and attempt to paint a picture of Uganda’s labour market based on the most reliable and recent data available: the UBOS Uganda National Household Survey 2016/17 report. UBOS data are far from perfect, but they are the best we currently have, and good enough to give a general impression of the labour market.

Each of the figures in the graphics throughout the article represents roughly 1% of the total population of Uganda. In this first graphic there are 100 human icons because it shows the entire population.

* The icons in these graphics are intended to be gender neutral, not male.

Roughly half of Uganda’s population makes up the working age population (defined as those aged 14 – 64) – represented by the blue figures. This segment comprises 19.1 million people, or 51% of the total population. The vast majority of those who fall outside of this category are children below the age of 14 (in grey); a small minority are 65 or older (in black).

Just over half of the working age population – about 10 million people (in purple) – make up the total labour force. This is a somewhat misleading term because it doesn’t count the 7.9 million (41% of the working age population) subsistence farmers (in yellow), defined as people engaged exclusively in farming for consumption in the household, meaning they do not generate any significant income either through selling farm produce or other economic activities. In reality, most small-scale farmers have at least a minimal engagement with the market, selling some of their produce to buy very basic items such as salt. In the highly industrialised nations, where the modern definitions of “unemployment rate” were first applied in the early 20th century, the phenomenon of subsistence farming had all but disappeared. Formal labour statistics – which developing countries have imported from OECD countries – have thus never been particularly adept at characterizing the labour situation in highly agrarian low-income countries. What is important to note, in my opinion, is that the most cited labour market figures – such as the unemployment rate – are likely to distract us from a much bigger challenge in Uganda’s labour market: the condition of subsistence farmers. This graphic is a reminder that subsistence farmers must be absolutely central to any debate on jobs and labour markets in Uganda. 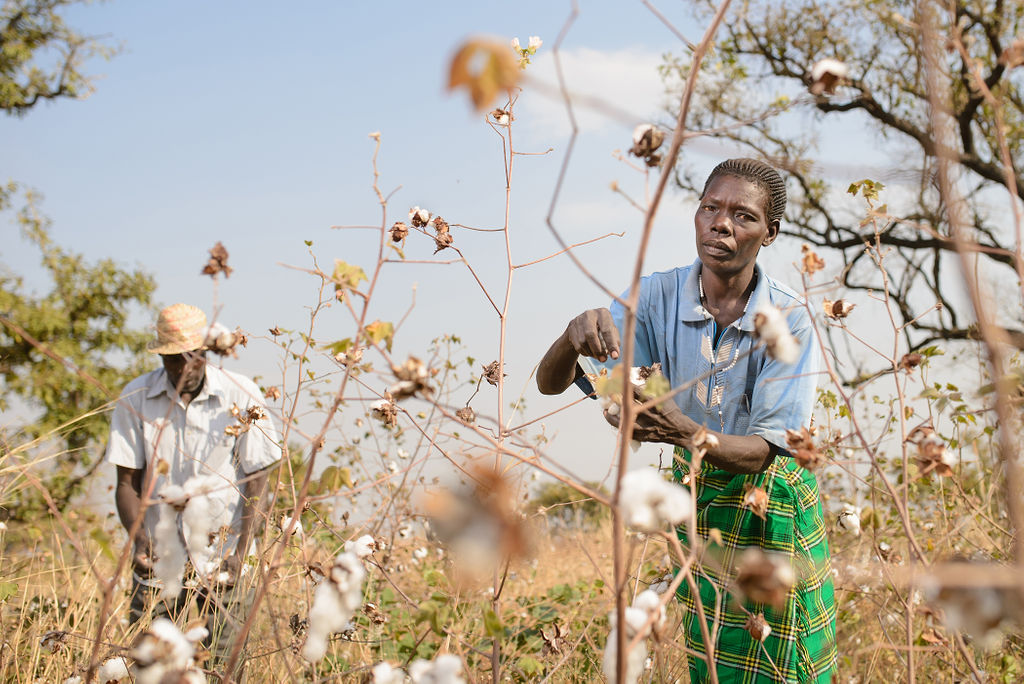 In orange (still in the graphic above), 1.2 million are non-participants – those who are not working and not actively looking for work. This includes, among others, stay-at-home spouses, those unable to work due to disability, and people who are so discouraged by the labour market that they do not (or no longer) actively seek work. Non-participation is not necessarily a bad thing. One striking example of this is that 14 – 17 year-olds who are not working because they are in school would be counted as “non-participants” – the fact that they are in school is surely a good sign. But currently we know very little about why this substantial group is not participating in the labour market – UBOS does not report, for instance, on the rural versus urban non-participation rates, or the proportion of this segment that consists of adults dedicated to child-care or home management, which are very productive, if not remunerated, forms of labour. Further investigation into the breakdown of this category would contribute to a more focused job creation strategy.

The 10 million total labour force participants are now broken down into employed and unemployed. Remember, these categories do not include an additional 7.9 million working age subsistence farmers. Roughly 920,000 people – or 9.2% of the 10 million labour force participants – are considered unemployed. Unemployment is defined by UBOS (in line with the International Labour Organisation) as “the situation of a person who: (a) did not work in the reference period, (b) was available to take up a job offer (paid or self-employment) in the week prior to the reference period, and (c) actively sought work within the 30 days prior to the reference period“. Having briefly unpacked each of the categories above, we can now look back at the total population and break it down as follows:

These graphics should help put a few things into perspective. But they also miss several important issues: the quality of work, the problem of underemployment, and the geographic concentration of unemployment, to name a few.

Most Ugandans are in “vulnerable employment”

Decent work, according to the International Labour Organisation, “involves opportunities for work that is productive and delivers a fair income, security in the workplace and social protection for families, better prospects for personal development and social integration, freedom for people to express their concerns, organize and participate in the decisions that affect their lives and equality of opportunity and treatment for all women and men.”

Work that is not “decent” is often referred to as vulnerable employment, which UBOS defines as “characterised by inadequate earnings, low productivity and difficult conditions of work that undermine workers’ fundamental rights”. UBOS’ method of calculating the levels of vulnerable employment is rather crude: all self-employed people and contributing family workers are automatically thrown into this category. Determining the true proportion of labour that is vulnerable in Uganda would require deeper research. But one obvious starting point is the fact that all labour in the informal economy carries aspects of vulnerability by definition, as it lacks legal protection, for instance against unfair dismissal, unsafe working conditions, and even non-payment of the agreed salary. The UBOS 2009 Uganda Business Inquiry  found that 96% of the country’s firms are informal. A 2016 Bank of Uganda working paper estimated that there were about 710,000 – 750,000 formal sector employees in 2011. Taking growth rates into account, my back-of-the-envelope calculations suggest that today, around 10% of those in the “employed” category have formal jobs, while 90% work informally (that means, broadly, without a formal contract or social security).

Many Ugandans are underemployed

Unfortunately, the latest UBOS statistics do not include underemployment figures. According to the 2012/13 UBOS national household survey – the last time underemployment was measured in Uganda – 13% of the active labour force was affected by either time- or skill-related underemployment. Time-related underemployment means that a person works less than full-time (e.g. 40h / week) and has sought but failed to find additional productive and remunerated work. Skill-related underemployment refers to individuals who are overqualified for their job, or not using all the skills they have in productive and remunerated work. Even this figure is probably misleading as accurate measurement is tricky. For instance, consider a micro-entrepreneur who runs a kiosk (roadside shop) that makes hardly enough sales to break even, let alone pay its owner a decent income. The countless hours spent waiting for customers may amount to full-time work and be reported as such, but they would hardly qualify as productive, let alone remunerated, so in practice this job fails the two formal criteria for full-time employment. 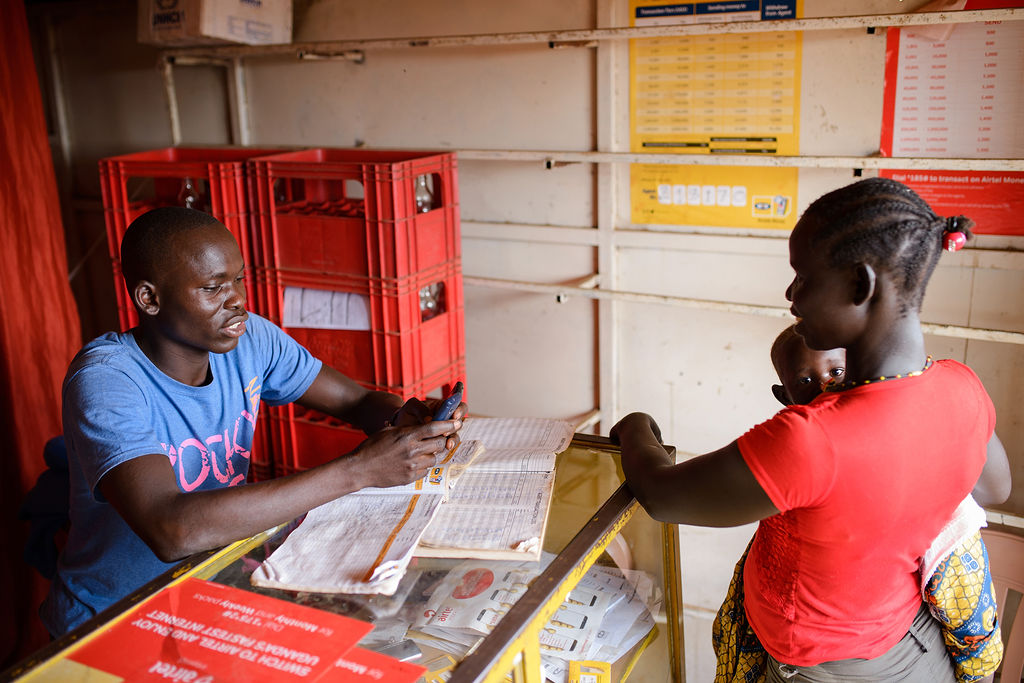 There are other enlightening ways of disaggregating the “employed” category. For example, the 2017 national household survey found that 54% of “employed” people were self-employed entrepreneurs. According to the most recent Census of Business Establishments (2010), the average number of employees of a formally registered Ugandan company was… 2! And that does not include the huge number of informal household-based firms (including farms), which are almost exclusively micro-enterprises.

It turns out unemployment is a big issue – in Kampala

The unemployment rate may be a misleading measure of the country’s labour market as a whole, but in Kampala, where most of the laments about unemployment come from, they are indeed pointing to a very real and concerning phenomenon. Kampala has the highest unemployment rate of all districts (Karamoja and Teso follow): 21%. This is more than twice the national rate – and most of those 21% are youth. Let’s be clear: do not let the chorus of articles erroneously citing 83% as the youth unemployment rate fool you into thinking 21% is anything but critical. Most governments with an unemployment rate of 21% will be extremely worried. This outlier unemployment rate in Kampala is likely to be a result of the fact that (1) people in Kampala do not have the option of retreating into subsistence farming and (2) Kampala has a high concentration of tertiary graduates who have relatively high expectations from the job market, to the effect that they continue searching for formal jobs instead of “hustling” in the informal sector. 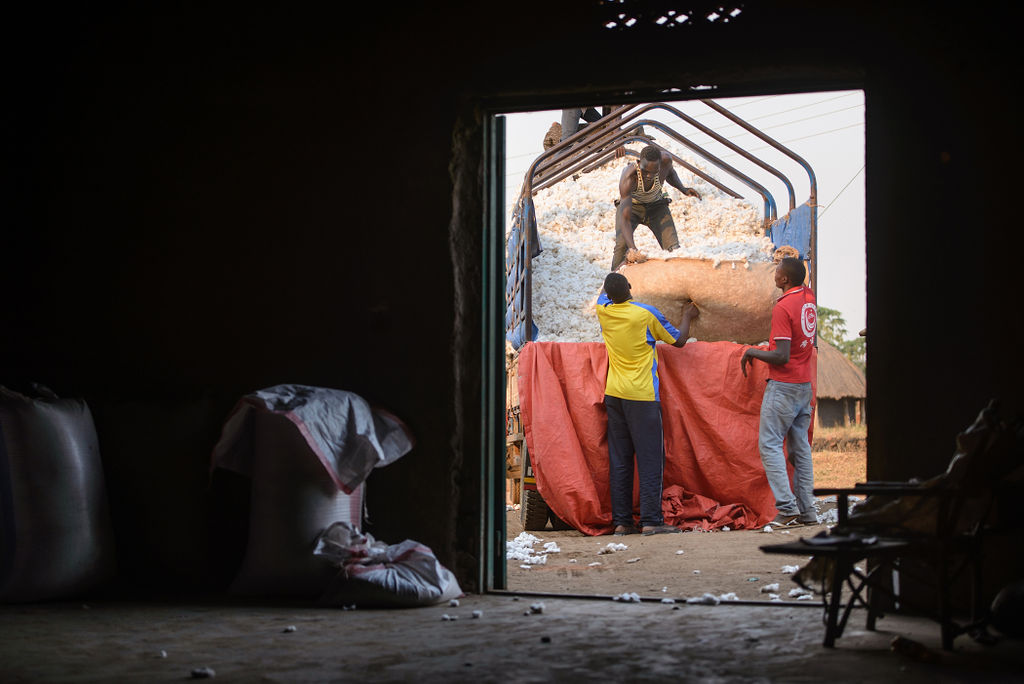 The picture of Uganda’s labour market is complex and cannot be adequately captured by a single figure. Official unemployment, at 920,000 people in total, is certainly not a trivial issue, especially in Kampala, where it affects 21% of the workforce. The 1.2 million non-participant category needs to be better understood. Underemployment, though difficult to assess without official statistics, is also likely to affect a significantly larger proportion of the workforce than unemployment. Vulnerable employment, especially in the informal sector, is underreported and under-explored. Finally, there is, again, an elephant in the room: Uganda’s economy is overwhelmingly agrarian – agriculture employs over two thirds of the working age population, and about half of the working age population is engaged primarily in subsistence farming. Thus, the financial and non-financial conditions of being a subsistence farmer, and the opportunities to transition out of subsistence farming, will have by far the biggest impact on employment outcomes in Uganda.

Having attempted to describe Uganda’s employment challenge, the next and final post in this series explores the factors driving these employment outcomes, and attempts to present the contours of a strategy to tackle the challenge.

All photos in this post are courtesy of Jjumba Martin, a Kampala-based freelance documentary photographer.

Max Walter is Co-founder and Executive Director of the Centre for Development Alternatives. He has led CDA research on SMEs, entrepreneurship, economic transformation, energy, skills development and labour markets. Previously, he worked in D.R. Congo as a programme manager and technical adviser on ELAN RDC, one of the largest market systems development programmes worldwide. He has also worked extensively as an economic development consultant for a range of clients including Oxford Policy Management, Adam Smith International, Konrad-Adenauer-Foundation, Copia Global (a Nairobi-based social business), Slum Dwellers International, Christian Aid, GIZ and GOPA Consulting. He spent the majority of his childhood in Uganda and has lived and worked in Kenya and Tanzania. He holds an an MSc in Development Management from the London School of Economics and a BA in Philosophy, Politics and Economics from the University of York.