It’s Time To Bet The Farm On It: A Look at Uganda’s Agri-Food System

It’s Time To Bet The Farm On It: A Look at Uganda’s Agri-Food System

Agriculture in Uganda is in a state of paradox: its huge commercial growth potential lies juxtaposed with its highly fragmented nature. The sector is ripe with high-value business prospects which lie just beyond the reach of many local small and medium enterprises (SMEs).

Commercially viable SMEs comprise the backbone of nearly all modern agricultural systems throughout developed and emerging markets. How can Uganda promote a privatized agri-food environment that is both realistic and constructive for local SMEs while also attractive for foreign investors?

How can Uganda promote a privatized agri-food environment that is both realistic and constructive for local SMEs while also attractive for foreign investors?

While there is no single answer to this question, it is helpful to identify the issues that have hampered efforts to promote a more efficient and business friendly environment.

In performing a ‘rapid’ root-cause analysis based in Bukalasa Agricultural College of Luweero District, I identified a series of market constraints and sector-wide challenges. These are found to reduce market access in the eyes of SMEs and increase business risks in the eyes of investors. From a macro standpoint, these factors may explain the gap between Uganda’s current agricultural sector performance and its developmental ambitions (as described in the government’s Vision 2040 report).

In order to better understand the sector’s market constraints, I travelled throughout Luwero District, Manafwa, Kampala, Bokono, Kawempe, Nakaseke and Entebbe to meet with farmers, exporters, processors, government officials, agricultural educators and entrepreneurs in the agri-food space. I had the opportunity to speak face-to-face with twenty stakeholders at each link along the value chain to identify key challenges faced and collect perspectives on how these may be overcome.

Before tackling the issue, a reminder of the importance of agriculture to Ugandans is instructive. The sector employs over 60% of the working population, and accounts for over 70% of the country’s total export earnings (The World Bank, 2016).

With high domestic consumption, Uganda has improved its food availability significantly over the past decade, with 89% of the population currently food secure (FAO, 2015).

The sector employs over 60% of the working population, and accounts for over 70% of the country’s total export earnings.

Uganda boasts fertile land, a diverse array of microclimates, abundant renewable water resources and a growing labour force. Further, about 80% of Uganda’s land is deemed fertile by the FAO, despite only 35% being cultivated (FAO, 2015). 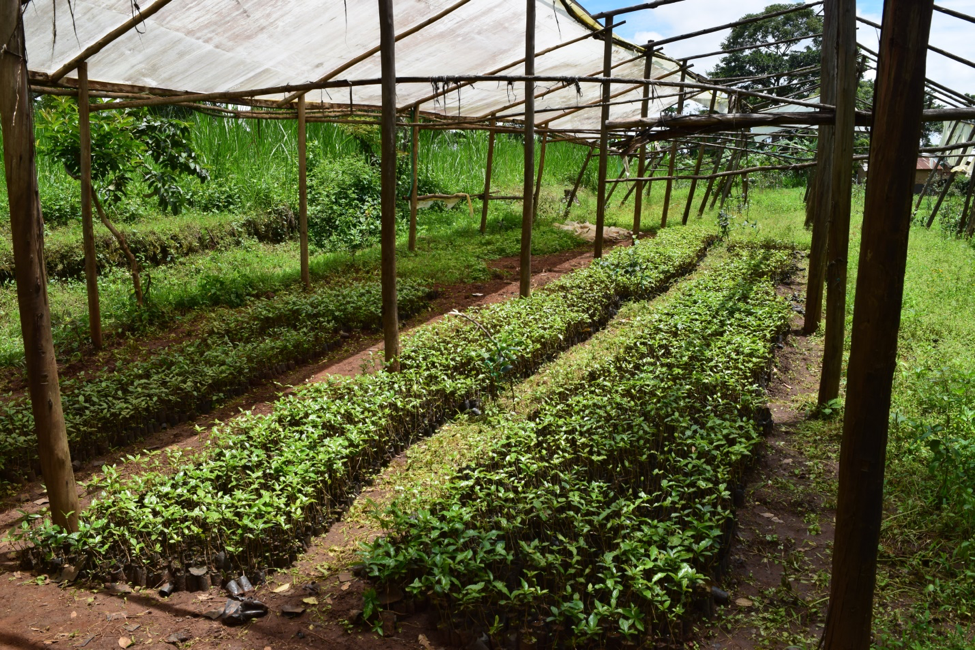 An example of a highly efficient (and profitable) seedling operation in Nakaseke District. Copyright: Jeremy Stroud

With such recognized potential, the relative lack of agricultural development in Uganda has been the subject of much debate. Constraints act to reduce capacity to access the country’s resources, thereby decelerating potential growth. These issues, although systemic to greater issues faced by the country, may be alleviated through innovative and supportive mechanisms.

How can these challenges be overcome or at least mitigated? Although there is no one clear answer, stakeholders from my consultations have observed several industry opportunities for SMEs that could expedite a process of improvement:

With current road and oil projects underway there exists an opportunity for private companies to leverage technology to establish competitive food distribution businesses. Investment in improved regional commodity circulation hubs, such as grain elevators and cold storage for high value fruits and vegetables in areas surrounding Kampala, would be helpful to establish economies of scale in operations near the country’s largest domestic market. This creates further opportunity for enterprising small to medium logistics companies to customize the services they offer to the specific needs of agri-food companies.

Additional efforts are required to ensure that high quality, affordable and consistent inputs reach farms. According to World Bank economist Ruth Hill, “In 2012, only one in four farmers [in Uganda] was using fertilizer for their crops, while only one in ten used pesticides” (The World Bank, 2015). A privatized (and government approved) input certification process with a clear and attainable body of standards could be the next step Uganda needs to market itself as a producer of high quality agricultural products.

In 2012, only one in four farmers was using fertilizer for their crops, while only one in ten used pesticides

Cost of capital and lack of access to decent financing options.

Access to affordable credit can be improved through the encouragement of competitive, democratized, customer-driven financial options throughout the country such as micro-loan offerings. This concept is currently in its infancy across Sub-Saharan Africa, yet it has proved to be an important development factor in Asia and Latin America. Recently it has expanded rapidly in parts of Sub-Saharan Africa with many socio-economic benefits already being realized. For example, micro-loan data has consistently demonstrated that an enhanced environment for female entrepreneurship has reduced default rates for women and thereby made interest rate premiums competitive. According to economic principle, additional demand for credit should result in more competitive financial solutions that are in tune with customer needs. Over the next decade a gradual shift from debt to equity financing may occur as perceived risks to ownership are reduced through improvements in the legal and financial institutions in Uganda.

A regulated, transparent and stabilized land title structure across the country would lead to land consolidation and security, incentivising investment in agriculture. This is the most contentious challenge faced by Uganda’s agri-food system, and one that cannot be altered without significant government action.

A regulated, transparent and stabilized land title structure across the country would lead to land consolidation and security, incentivising investment in agriculture.

There are a series of fragile social, environmental, financial and cultural variables at play which have undermined efforts in many developing countries to introduce equitable and business-based solutions to land regulation.

However, there are options available to begin to address this difficult issue. Regional development banks have gained valuable expertise in this area, particularly in Latin America. The most important factor to implementing a lasting solution to land rights and registries is obtaining the support of the government, local politicians and business leaders.

I am a firm believer in the notion that a ‘rising tide floats all boats’, particularly in the agri-food value chain. As other constraints to agricultural development are removed, the pressure on stakeholders to address this problem will increase.

As financial solutions, inputs and logistical options are improved, there will exist a more stable environment within which to enact reforms.

Jeremy is an Analyst at Bonnefield in Toronto, Canada with an educational background in agriculture and business management from Canada and the Netherlands. From April to May 2018, he travelled to Uganda for the Uganda Skills Development Project, a $100M initiative funded by the World Bank, consulting stakeholders across the country in the agri-food sector.